I recently attended a virtual conference, for the first time, which was brilliantly organised by The Many Hats Club (#TMHCIsolationCon). There were many great talks and I advise watching as many as you can. All speakers were great, and I thoroughly enjoyed them.

One of the speakers, @TheCyberViking, presented his talk called 'Trill of the Hunt' (he's Irish 😄). CyberViking (a/k/a Dean)'s talk was really interesting and got me in the mood for some OSINT and Capture the Flag competitions (CTF).

In this blog I test my OSINT skills to see if we can find 007, aka Bond, James Bond.

First thing's first we work with what we have been given (the title image) and inspect it for any clues:

So what do we see? We see one of the world's most iconic (and probably best) landmark - Big Ben. We can also see a white building with a Green/Grey rooftop and an old Victorian-era looking building opposite Bond. 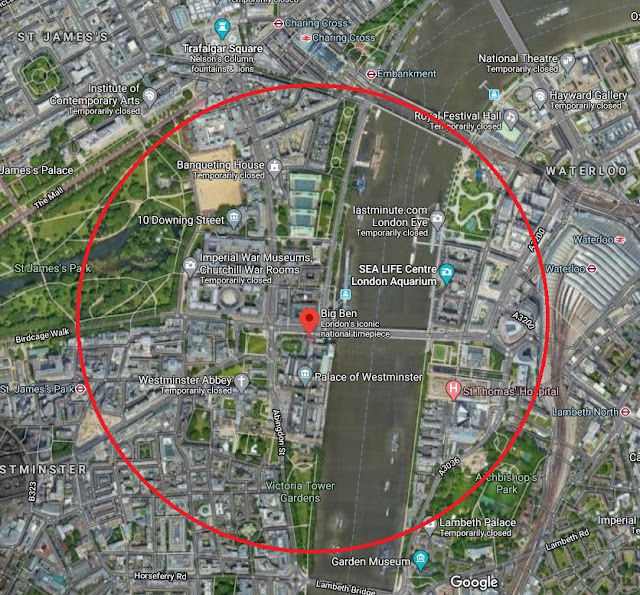 So we can find Big Ben pretty easily on Google Maps. But it's not clear exactly where bond is. It definitely seems like Bond is looking at it from side-on, as it appears you can see Westminster Palace in the backgroud. 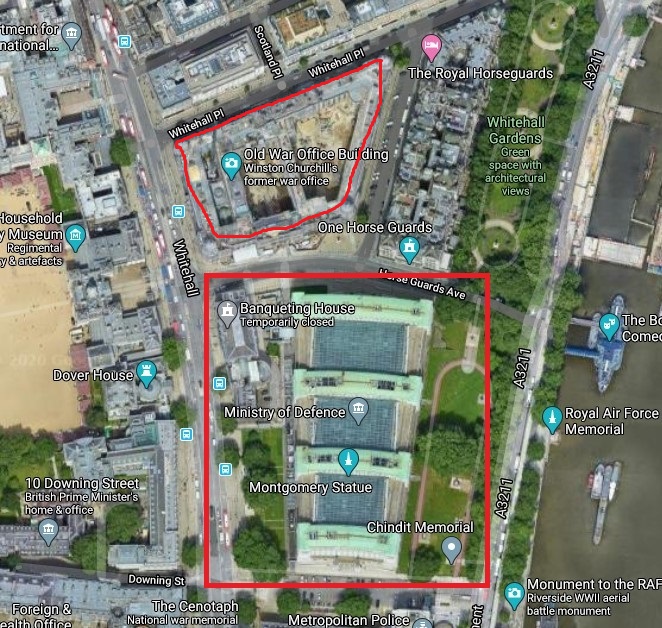 Inspecting the image more closely, we can see a building with a Grey/Green rooftop which is the Ministry of Defence (MoD), and the old-looking building behind it which is the Old War Office Building. So with this, we know we're in an area called Whitehall we're close to our mark. 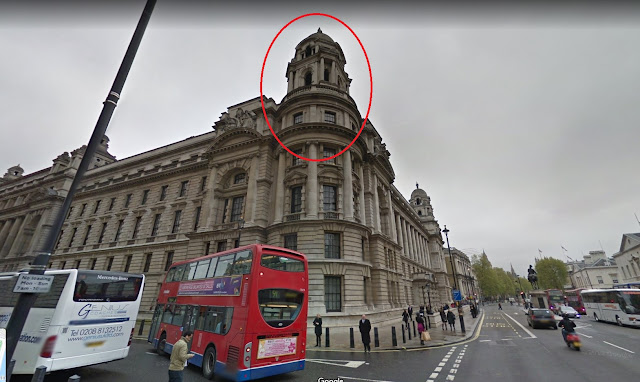 If we go to street view to confirm the location, we can see the old-style building that's in front of Bond.

Let's take a look as Shard Day 360 Photography to gather more intelligence. It's a camera that has a 360 degree view of London from Europe's tallest building - the Shard.

So we found the Old War Office tower peaking behind the Royal Horseguards building.

With one final look at the starting photo, I think we can accurately pinpoint where Bond is. 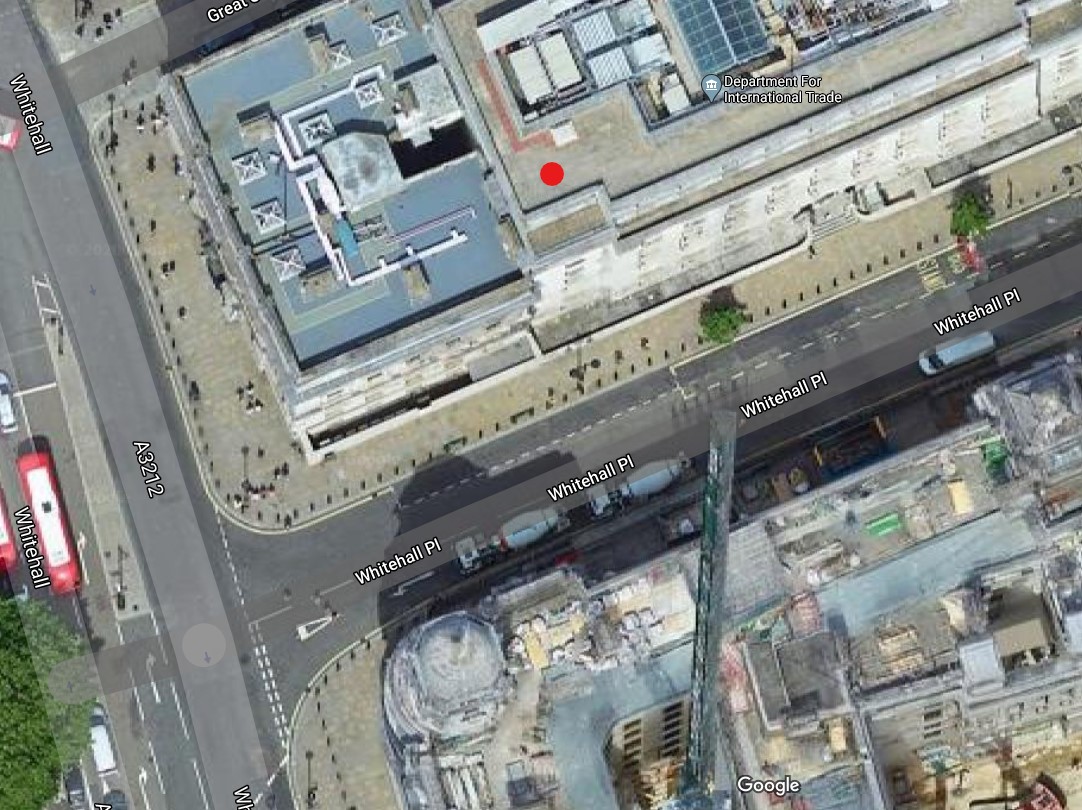 I think we can all agree that Bond is stood on the roof of the Department for International Trade overlooking Whitehall.

And with that, our work is done.