If you wanted to learn how an organized cybercriminal operation worked, look no further than the threat group known as Conti. The recent leaks of the group's chat logs have uncovered an unprecedented wealth of information and insights into how these veteran cybercriminals organize themselves.

In this blog, I didn't want to duplicate what is already known (too much). I wanted to share some of the findings that I thought were the most interesting to me. To rapidly get up to speed on the Conti Leaks, I highly recommend other researchers to read the work in the following blogs:

I will also recommend to read what other researchers have tweeted about what they found in the Conti Leaks:

With those out of the way, we can get to the meat of this blog. I cannot emphasize enough that these leaks are gargantuan and span years of the group's operations. I seem to find something new every time I take another look at them but now have enough for a blog of my own.

One major discovery in the Conti leaks is that multiple vendors have covered is the existence of an "OSINT Team" who gathers details on Conti's targets. This team uses multiple techniques, as well as commercial tools, to find every piece of information about a target that will support the end goal of domain-wide Conti ransomware deployment. This OSINT Team also may engage with the targets (HUMINT), posing as marketing or sales people, gathering details and information about managers, executives, and how the company operates for exploitation later. 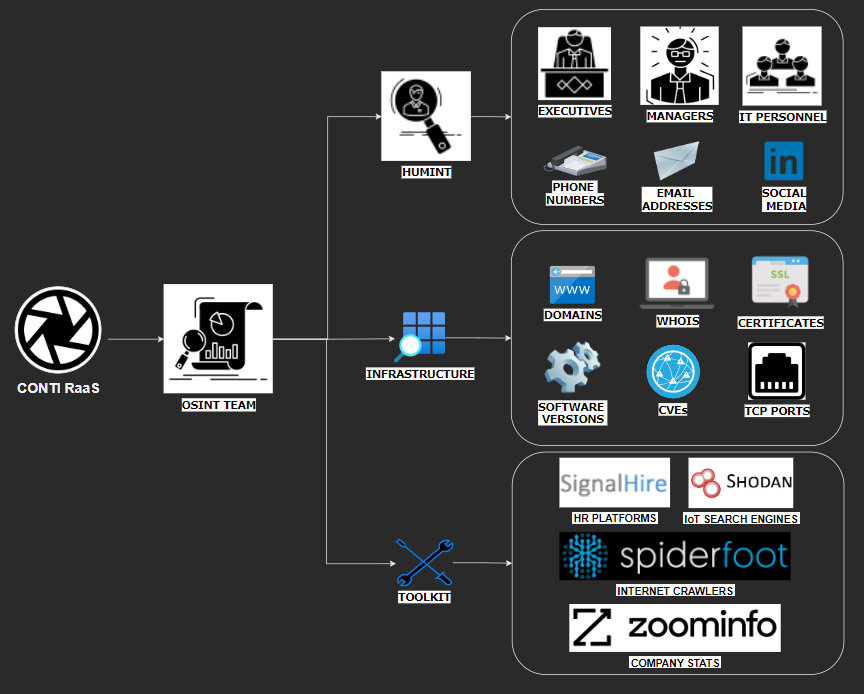 It is well-documented that Conti ransomware attacks often begin via a phishing email. The group has been launching widespread and targeted phishing campaigns for years using a multitude of tactics. The Conti Leaks also shared some insights into how these phishing campaigns are orchestrated. 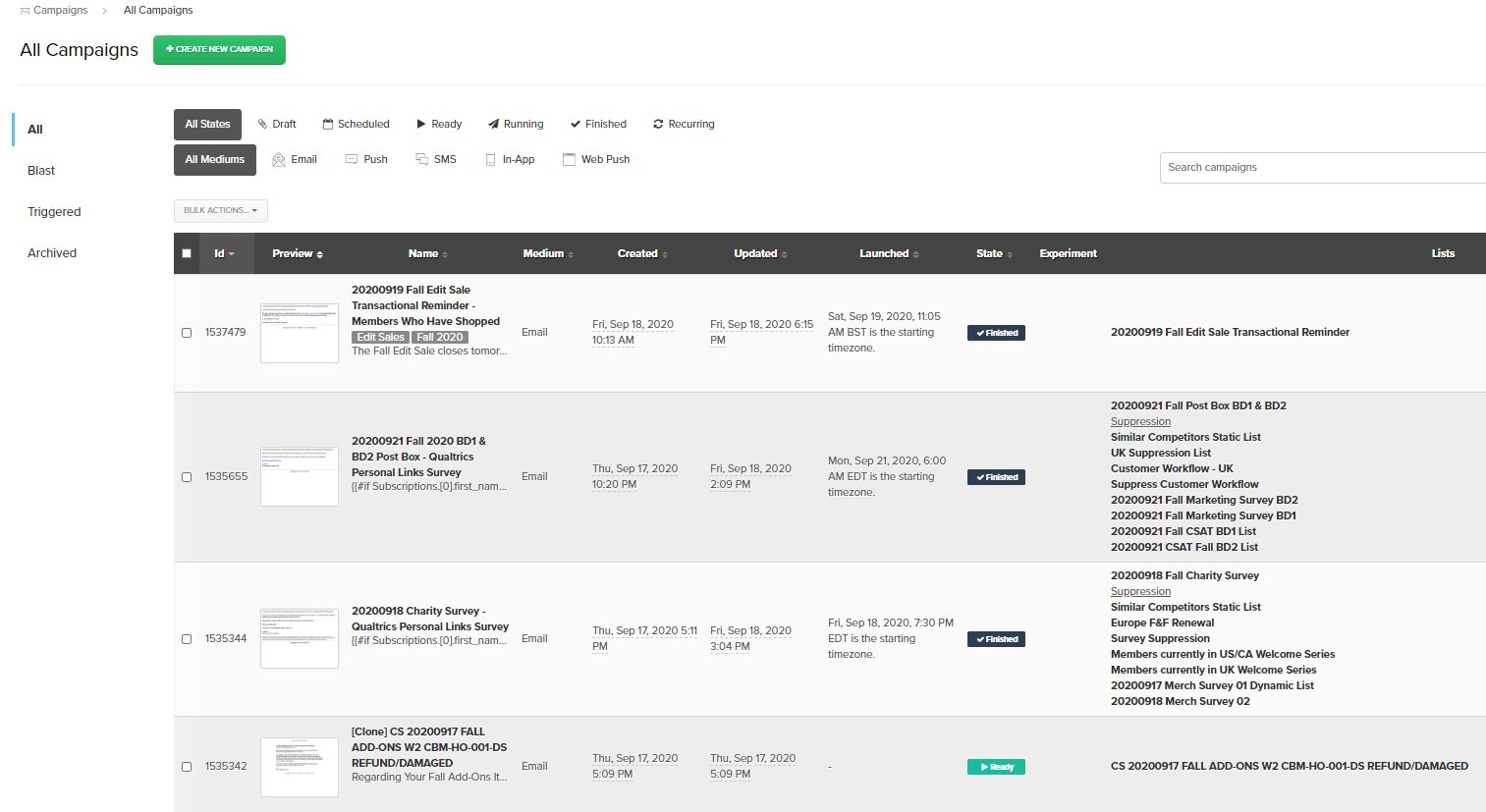 The Conti Leaks revealed details on how a persistent cybercriminal operation develops its malware campaigns. The image below (see Fig. 4) highlights how the group works to test and develop its payloads against common detections systems used by its targets, such as ESET and Windows Defender. 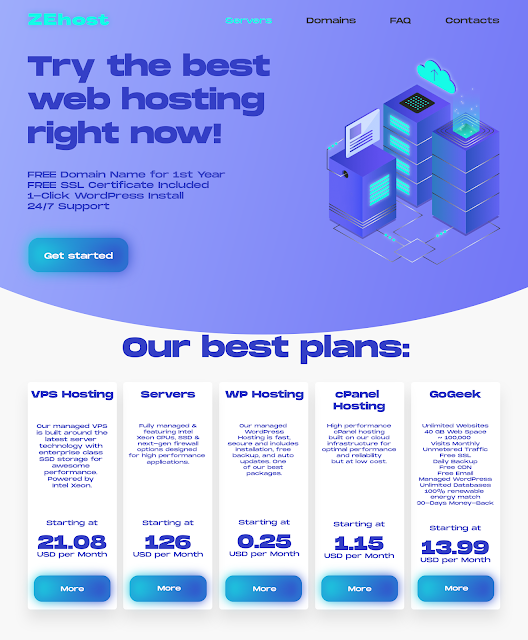 What sets Conti apart from the rest of their peers in the cybercrime ecosystem is that members of this ransomware group are innovators and quick to leverage newly disclosed techniques. The Conti Leaks revealed multiple techniques used by Conti that had not been previously discussed publicly online.

Fig. 7 - Conti member "target" stating intentions in September 2020 to acquire a developer account in the Microsoft Store to approve their own files

Fig. 8 - Conti member "giovanni" sharing a manual (aka "mana") for the PetitPotam exploit for Microsoft’s NTLM authentication system in August 2021

Fig. 9 - Conti member "mango" sharing the opportunity to buy a 0day privilege escalation exploit in the Windows WIDFRD.sys driver for "60k" in June 2021

Fig. 10 - Conti member "revers" shares that they read reports on the "Turla" group (a Russian cyber-espionage APT linked to the FSB)

Researchers have stated that they believe Conti has up to 150+ members worldwide. If we do the math, each member is allegedly getting paid on average $2,000 per month which equals around roughly $300,000 per month in Conti "employee" salaries and roughly $3,600,000 per year. This is a LOT for a cybercrime group. With this amount of purchasing-power, it is only natural Conti leadership began to wonder about acquisitions and starting their own forums, carding shops, and even cryptocurrency platforms. 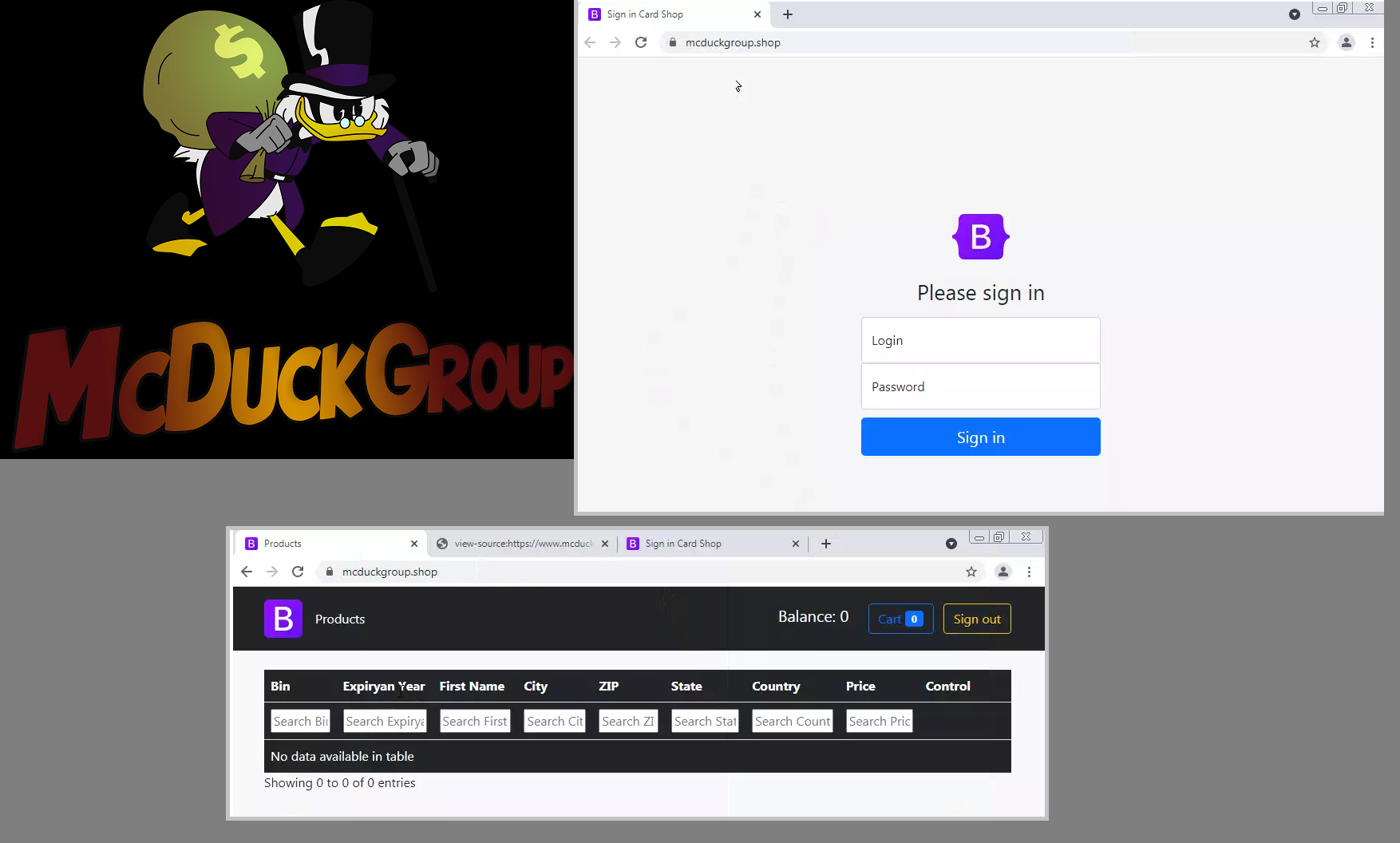 Fig. 12 - Logo of "McDuckGroup" shared to Conti Leaks
Researchers shared screenshots of all the links pasted into the Conti chats. One stood out to me: a logo with "McDuckGroup" and Scrooge McDuck. While some researchers I collaborate with theorized this was a ransomware rebrand, I managed to uncover it was the logo for a carding market currently under development. After Googling "McDuckGroup", a site called "mcduckgroup[.]shop" popped up as the first result. This is evidently a carding marketing due to the search bars for BIN numbers, Expiry dates, cardholder names, and addresses. Currently no data has been loaded onto the site.

Fig. 14 - "rags" discusses REvil arrests in January 2022 by Russian FSB, blaming them for the alleged crackdown on cryptocurrency in Russia Fig. 16 - "mango" and "stern" shared adverts for AvosLocker and BlackMatter 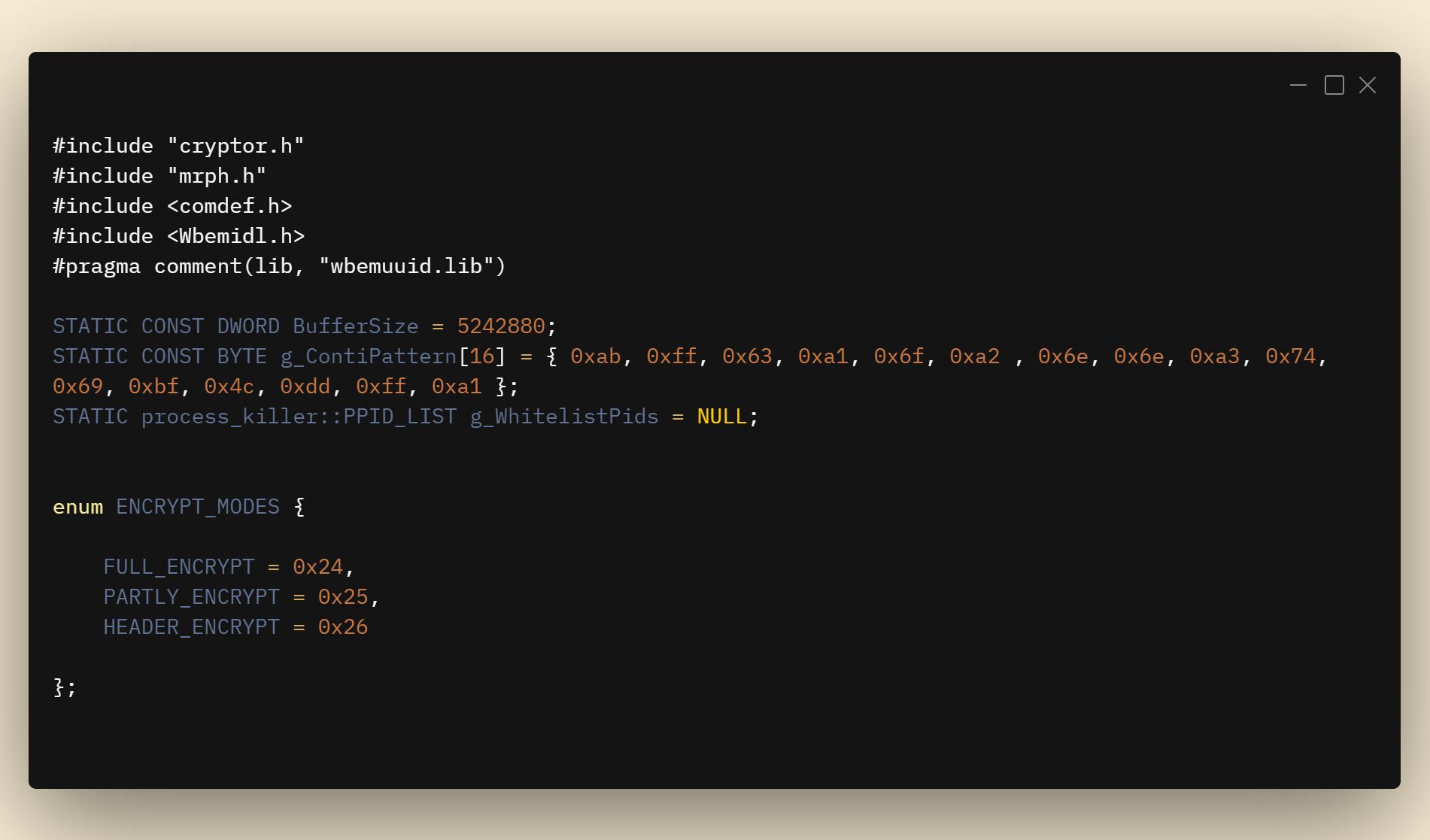 The Conti Leaks have provided cybercrime researchers an unparalleled look into how Russian-speaking organized hacking groups operate. The leaks also supplement the Conti Playbook that was leaked by a disgruntled member in August 2021. As a community of cybersecurity researchers, we now know more about the Conti ransomware group than any other threat group in history.
For the Conti group itself, however, it appears to be business as usual (BAU). Less than one week after the Conti chats were leaked, new victims were uploaded to the ContiNews darknet site. 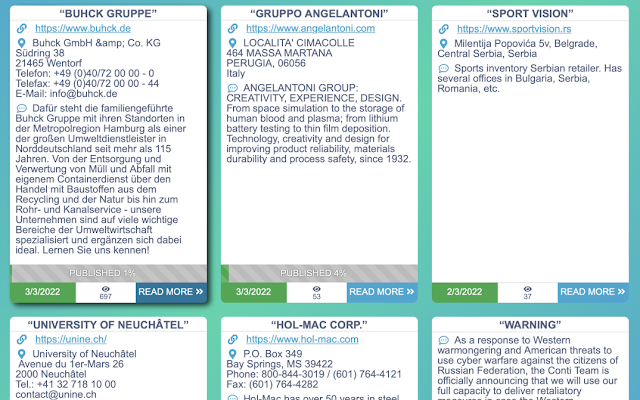 Fig. 19 - New victims added to ContiNews shortly after the Conti Leaks
BleepingComputer also reported on hacktivist groups, such as Network Battalion 65 (aka NB65), are leveraging a modified version of the leaked Conti v3 source code already. The group has targeted organizations in Russia for retribution over the invasion in Ukraine. (Sample available here) 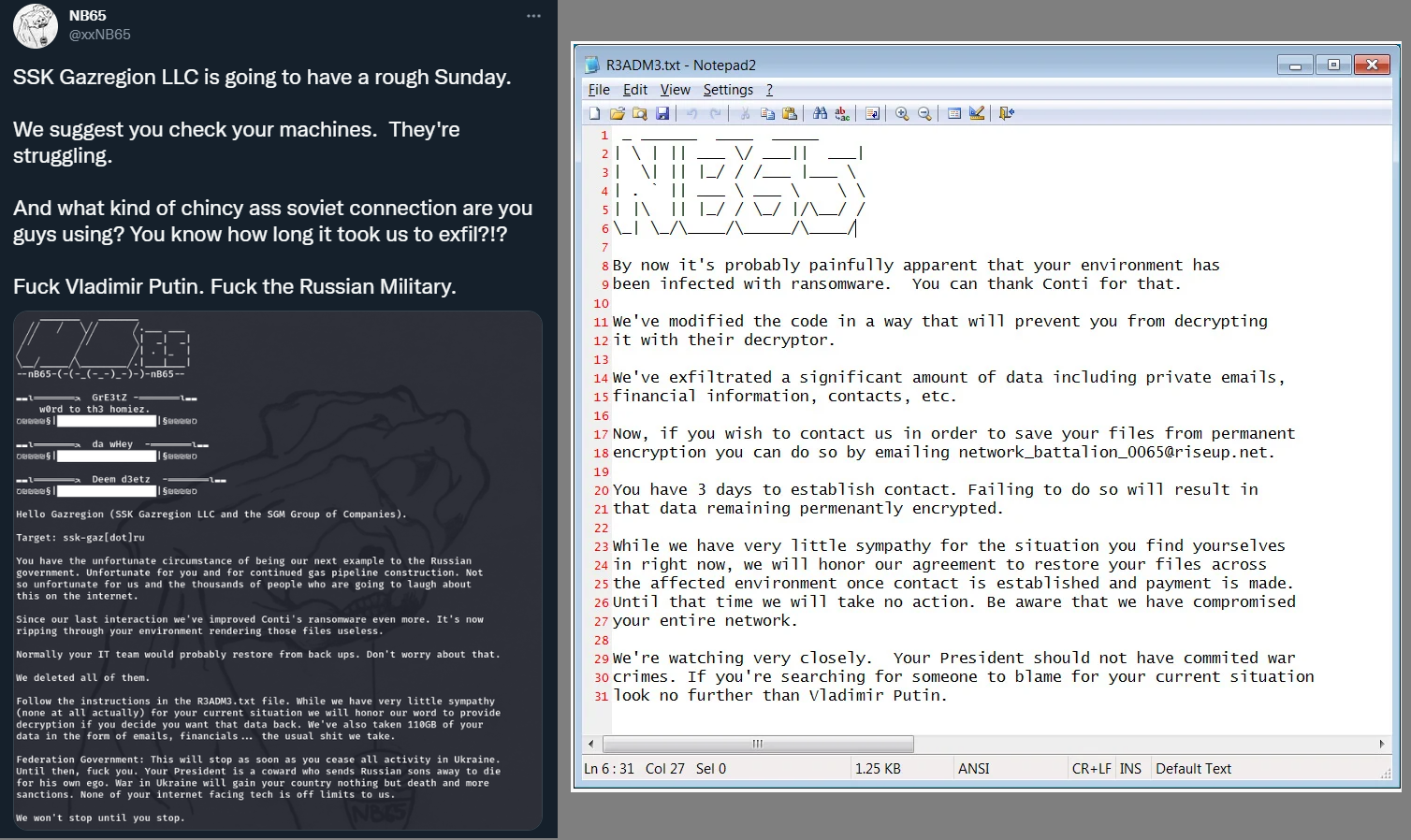 Fig. 20 - NB65 modified version of Conti v3 ransomware
Conti has seemingly recovered from the leaks and might be at the 'too big to fail' stage of operations. The Russian state is clearly fully aware of Conti's operations and allows them to operate with impunity. Researchers at Trellix highlighted the group's connections to the Russian state and how the intelligence services also benefit from Conti's coveted network access to high-profile organizations around the world.
Lastly, I hope you enjoyed the blog. There are still likely some secrets yet to be revealed in the Conti Leaks. I appreciate the help and resources shared by researchers online. S/O to Curated Intel, Trellix, Intel471, Secureworks, The DFIR Report, and researchers such as @vk_intel, @pancak3lullz, and @c3rb3ru5d3d53c, and many others!
BazarLoader Conti CTI Cyber Threat Intelligence Cybercrime Emotet IcedID Karakurt malware RAMP ransomware Ryuk Trickbot WizardSpider