Aviation is an interest of mine as some of my family worked on airlines and I enjoy volunteering my time to work with organisations such as the Aviation ISAC with vulnerability disclosure, threat intelligence, and security research. So when another interesting OSINT challenge with aviation-related attributes cropped up on my radar this week, shared by @fs0131y, I was keen to get stuck into it.

Immediate analysis of this image can give us several clues and help us along. 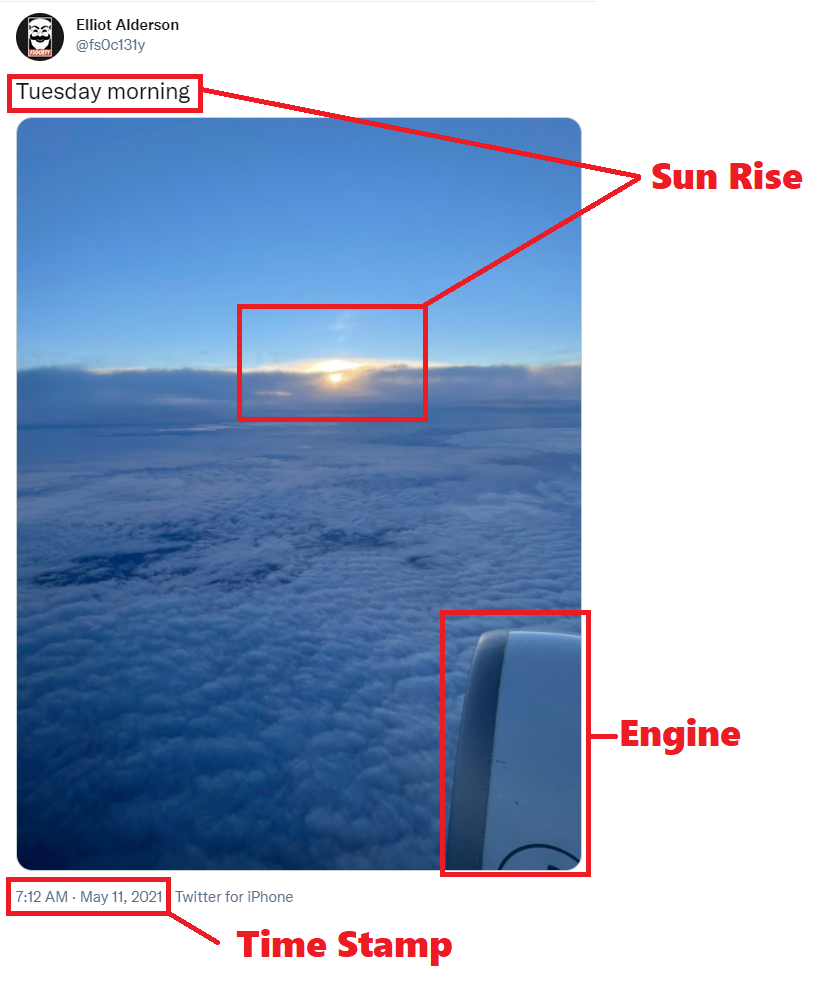 From the initial tweet, there are multiple attributes that will help with the rest of the challenge, this includes the time of day and the date, as well as what the aircraft's engine looks like. Using these attributes we can pivot to the next stage of our investigation. 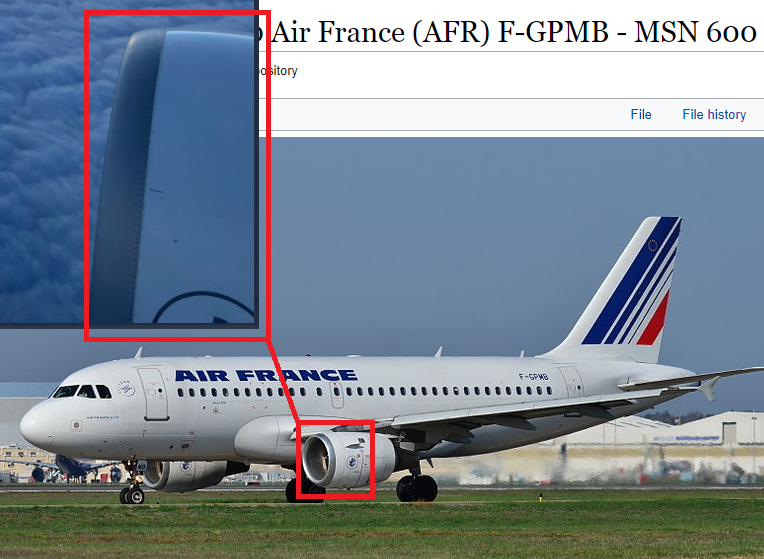 Some Googling of engines, as well as Boeing and Air Bus planes, using the grey circle around the front of the engine and the logo on the site, I found a similar looking plane belonging to Air France - an A318 to be precise. Some Googling of these planes' seating plans uncovered which seat the person of interest is potentially sitting in at the time of this flight:

FlightRadar24.com is a great tool for any OSINT investigations to do with aviation. So I checked Air France's fleet to see if I could find the schedules of Air France flights at 7:12 AM, Tuesday 11 May 2021.

Enumerating through the aircraft flight lights I came across one which seems like it could be a likely contender for the flight taken by our person of interest. 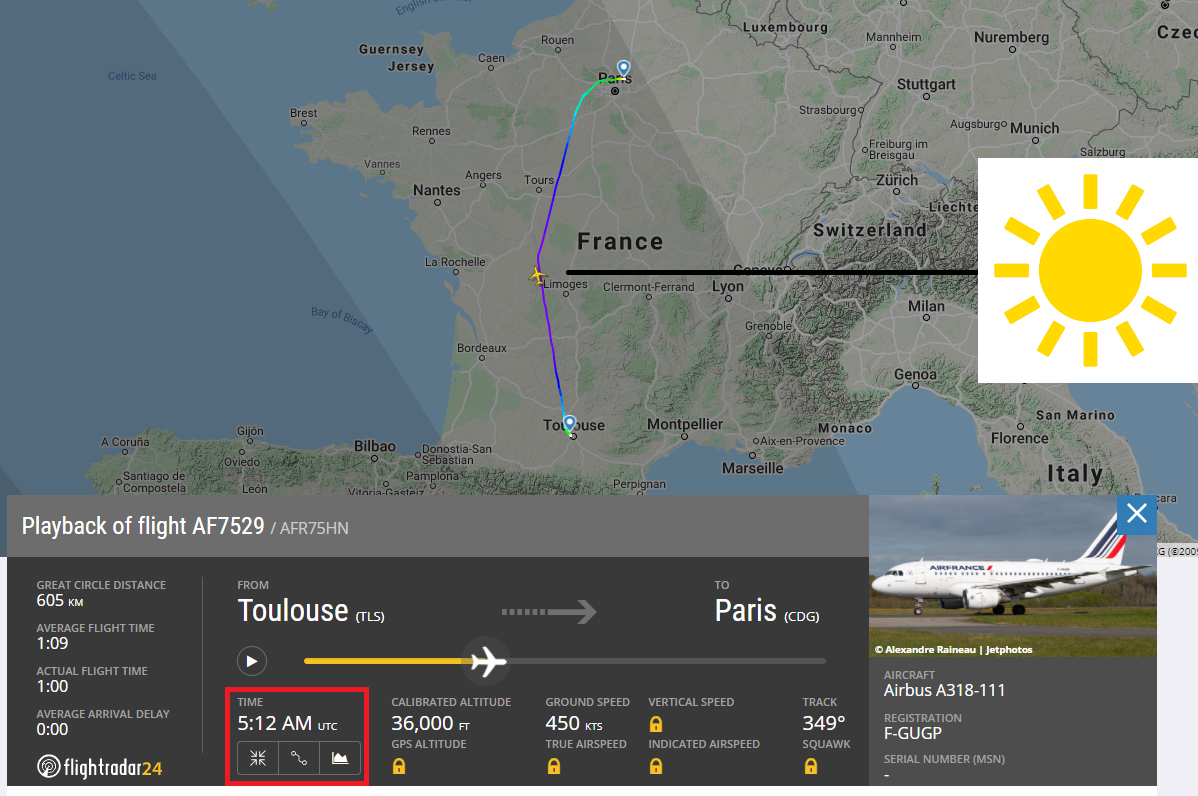 Following the enumeration, I came across one flight at 05:12 UTC which is 07:12 CEST. The plane is travelling North and the Sun is rising in the East as it is the morning.

I did some further OSINT on the person of interest and uncovered they work in Toulouse via their public Twitter feed. 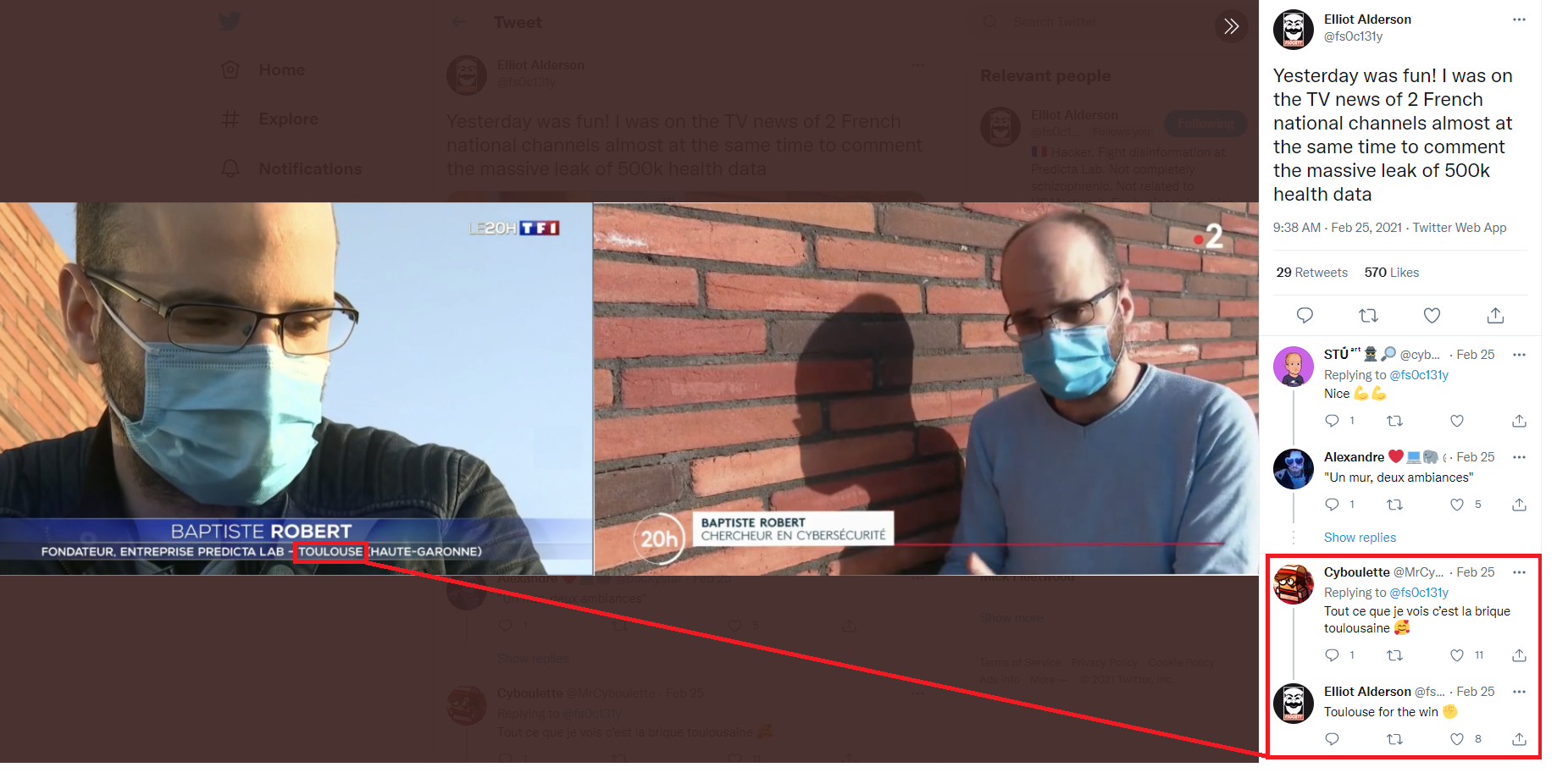