OSINT blog: You Sunk My Battleship 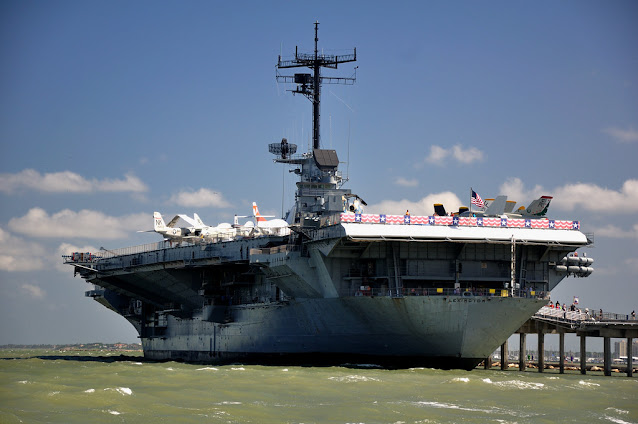 Another pandemic Friday night in, another OSINT challenge to find a mate using GEOINT. In our Discord server we have a channel called 'opsec fail club' where, occassionally, someone will challenge others to geolocate them exactly. It's a fun thing to do when bored and good to practise and refine your OSINT skills. 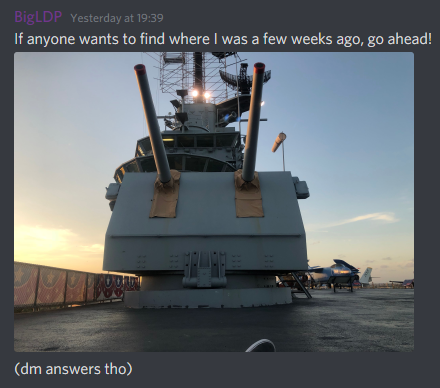 Using the above image I was able to find where @BigLDP was located exactly. I began with checking for battleships in the US that were musems. I came across USS Intrepid - one of the most visited in the world: 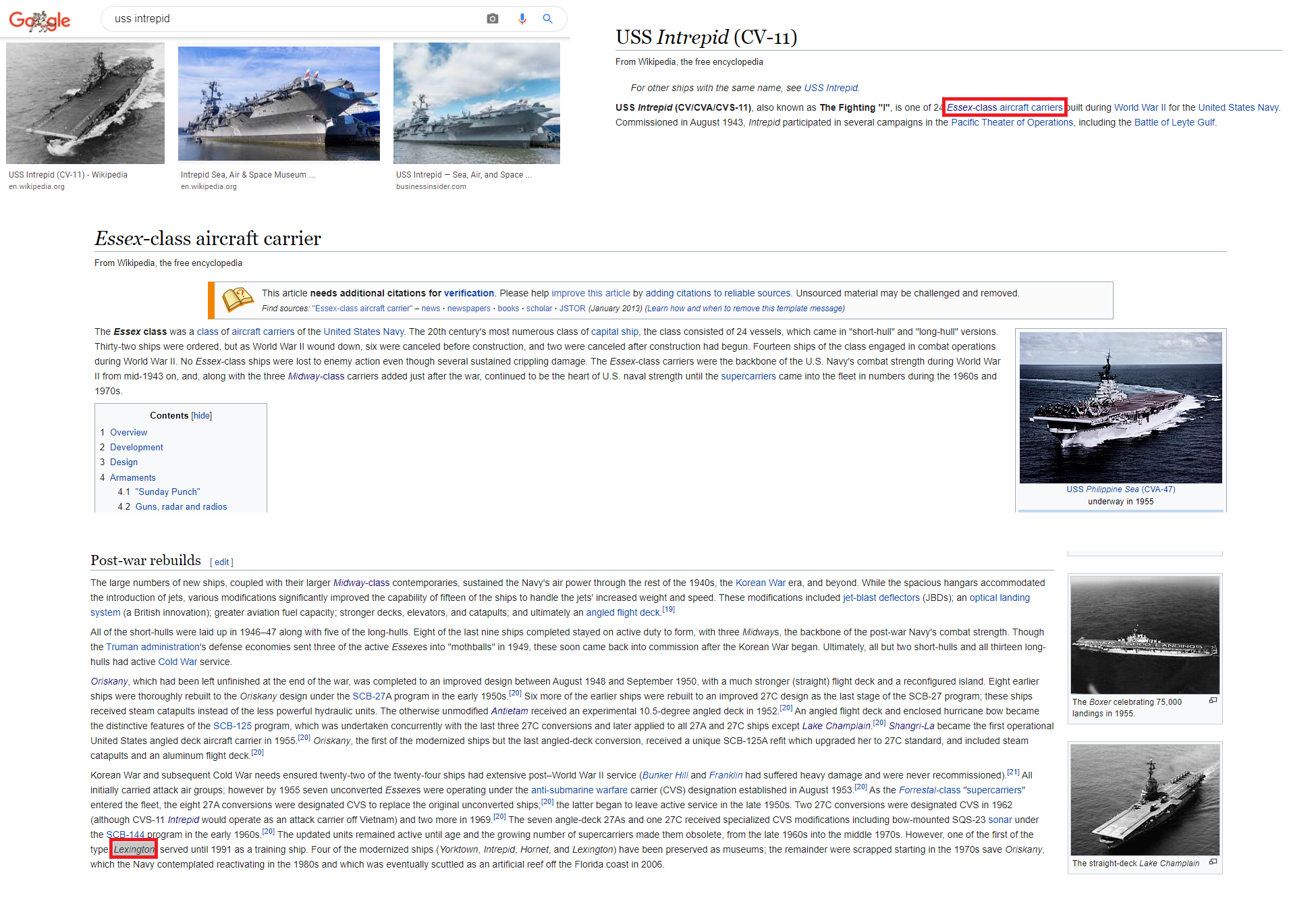 The ship @BigLDP was on was not USS Intrepid, however, but does still look like an Essex-classs aircraft carrier. So I was on the right track. After going through the list of post-war rebuilds I found one that was a museum - USS Lexington aka CV-16 or "The Blue Ghost". 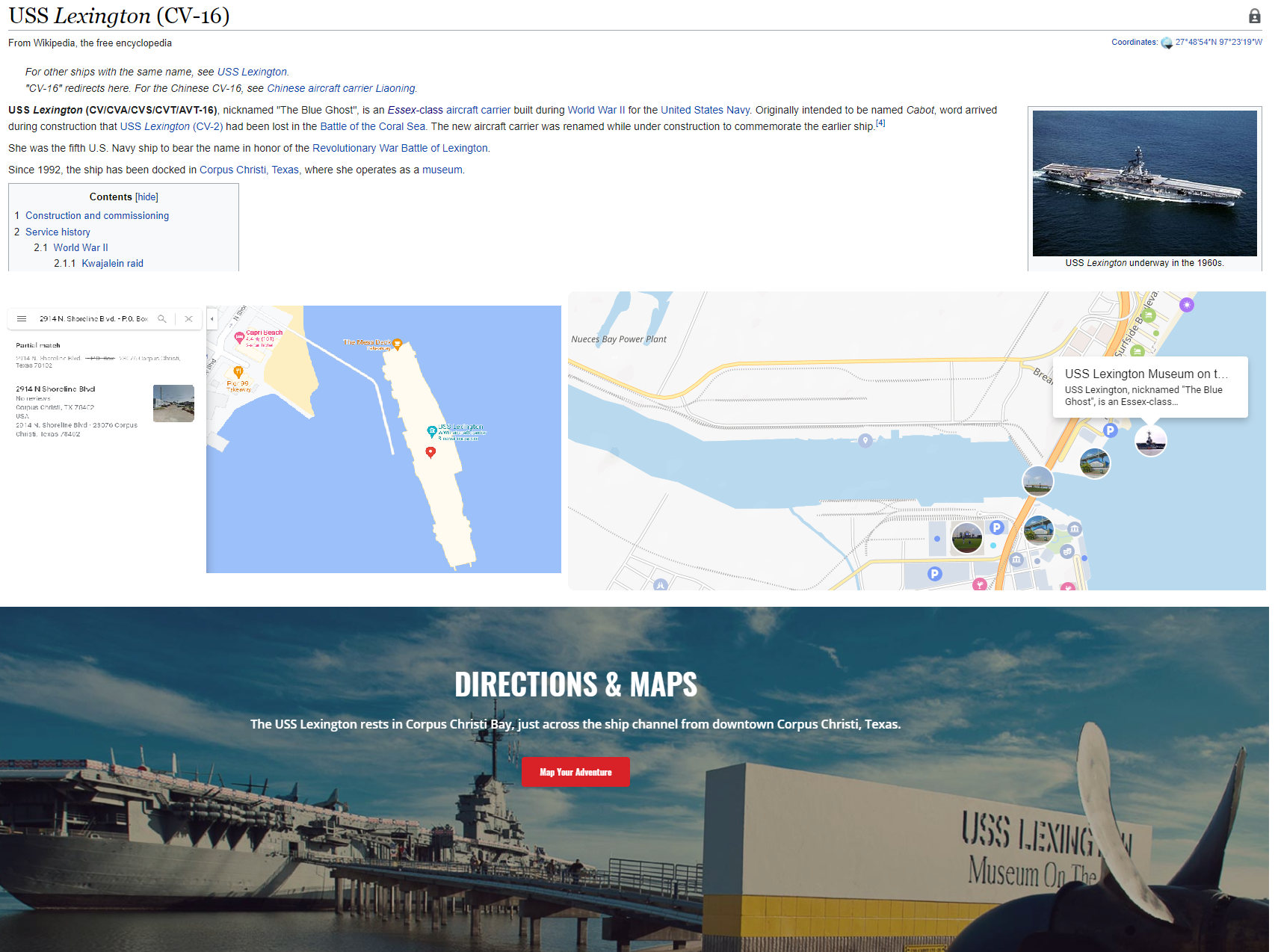 I was able to find the directions and satellite images of USS Lexington and all I need to do now was confirm @BigLDP's exact location.

And in a few steps, it was possible to geolocate the screenshot. Thanks to @BigLDP for the fun OSINT challenge.

Links to the pages in the screenshots: 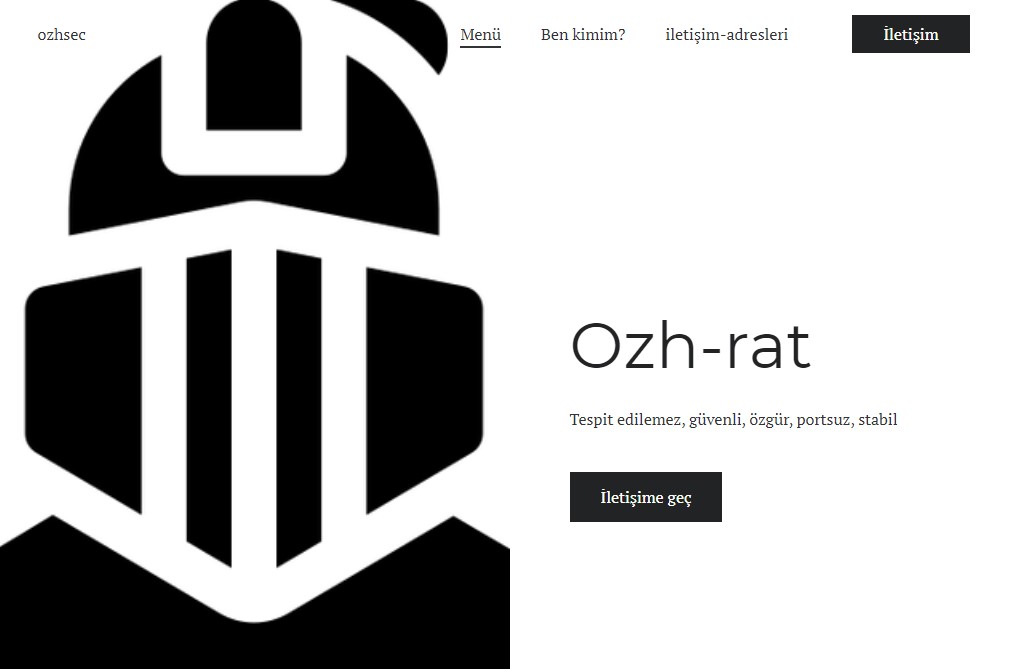 Introducing a new remote access tool (RAT) I recently discovered: Filenames include ‘OzhSecSys.exe’ or ‘system.exe’. Interestingly, the IP address used to host the OZH RAT domain (185[.]176.43[.]94) is used in prior #Konni attack campaigns, but is not thought to be connected to the North Korean APT. #OZHRAT IOCs: https://t.co/B5KNjQBWUX — Will | BushidoToken 👁‍🗨 (@BushidoToken) May 28, 2020 Malpedia link:  https://malpedia.caad.fkie.fraunhofer.de/details/win.ozh_rat IOCs in my OTX feed for this threat have been attached  here . More info: Florian Roth's THOR APT Scanner picked it up early on: Windows Forms & System Configuration checks: OZH RAT is a new malware as far as I can tell. I would be very much interested if another security researcher is able to investigate or share samples of OZH RAT for further malware analysis. Updated - 2nd June 2020: I recently discovered the OZH RAT #crimware website, which is written in Turkish. The #malware has an exceptionally low d
Read more

As of 1 August, I have been working in the cyber threat intelligence industry for one whole year. It has been a steep, but rewarding, learning curve that gives as much back as you put into it. In 2016, I started university doing a cybersecurity-specific course as I knew it was what I wanted to do since I was about 15 years old. I graduated in 2019 with a 2:1 in BSc (Hons) Computer and Information Security. Within three weeks of finishing my course I was offered a job in July and started in August. It could not have been better.  It was only until the end of my course that I began to learn about threat intelligence and emerging threats in an interesting module that educated us about 0day vulnerabilities and the darknet. Initially, I wanted to be a penetration tester (like most students on my course), but I was only just about able to make it through the labs on Kali and Metasploit through hard work and frustration. This put me off and made me look elsewhere into other areas of security
Read more